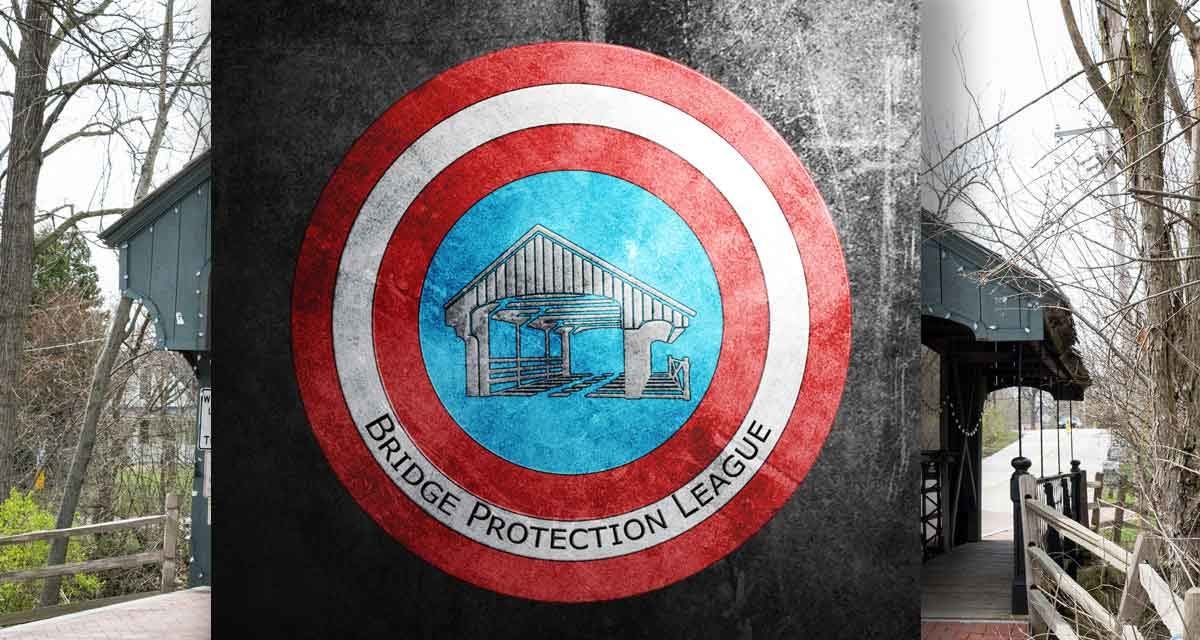 The Long Grove Historical Society has gotten a few queries over the past day or two regarding the recent bridge vs truck incident:

I, Aaron Underwood, Historian, Long Grove Historical Society, thought perhaps some background on the situation would be helpful.

It may not be common knowledge, but the Long Grove Covered bridge has always fought an ongoing battle with trucks. Every month or two for as long as I can remember, a truck would illegally cruise through and break a few boards. A nearby shopkeeper would often rather quickly mount his ladder, replace the boards, and life went on. If you google pictures of the bridge over the years, you’ll find lots of them with nicks and dings, and you’ll notice various shades of paint on the wood around the opening.

The offending truck in these old incidents, was, of course, long gone, unscathed with it’s encounter with a few bits of wood. This rhythm changed in 2018, when shortly after being added to the National Historic Register, the bridge had it’s entire cover destroyed by a giant truck. And that truck would have vanished also, had not a police officer happen to be taking a break within eyesight of the bridge. Suddenly, it seemed the whole country was aware of the issue.

With the reopening of the newly refurbished, more robust bridge, came a return of the age old problem. Bridge fans could worry a little less about it, though, as the refurbishment included a steel “barrier bar” designed to absorb impacts and protect the  historic bits of the bridge.  For those not familiar with the refurbishment design, I’ll elaborate… the traditional solution to protecting a historic bridge is to place a steel “barrier bar” some distance from the bridge to physically block “too tall” traffic from getting to the bridge. With downtown Long Grove being so compact, there isn’t really a good place to locate such a “barrier bar” without it being an eyesore and without it also blocking trucks from getting to local merchants near the bridge. So… the refurbishment design was to extend the cover a few feet, making the bridge longer, and to place this “barrier bar” (e.g. steel beams anchored deep into the ground), just behind the cover opening. So while the bridge may look the same, it’s actually a bit longer and it has the same “barrier bar” you’d expect to find in front of a historical bridge.

Experience from the first several incidents showed the design was working well. Only cosmetic damage – a substantial improvement to what we had been living with the past twenty years. But we still had that age old problem of trucks continuing to ignore all the laws and signage and challenge the bridge, even though now they were going to lose. So a group of those residents and merchants most familiar with the bridge, convened in the fall of 2020 to brainstorm and prioritize further improvements to the situation. For fun, we dubbed ourselves “The Bridge Protection League”. The Village, who owns the bridge and designed the refurbishment, welcomed the input.

There is a different dynamic to these new bridge incidents. The offending trucks could no longer escape detection, because the “barrier bar” was literally stopping them from vanishing  into the night. For better or worse, visibility of the issue greatly increased as the incidents were more easily “caught” by cell phones. With more knowledge of the incidents and the drivers, there was an opportunity to better understand why this was happening. Some common themes emerged… to generalize, the drivers were not from the area, were blindly following a consumer GPS system (not one designed for trucks), and weren’t aware of the weight or height of their vehicle.

The Bridge Protection League met a few times, and organized their ideas into phases. Here’s a link to the final document and a link to some working papers from our first discussion. The Village has taken several actions to date, with more things in process, and, of course, ongoing monitoring of the situation for potential  further actions. Chief among the actions:

The GPS change has the greatest promise to “fix” the problem. 90% of the incidents we know about would have been avoided had GPS systems been reflecting this new routing restriction. Unfortunately, it can take ages for GPS systems to pick up and implement these type of restrictions, so we’ll need to be patient to see the impact… 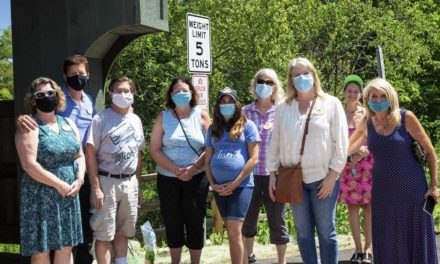 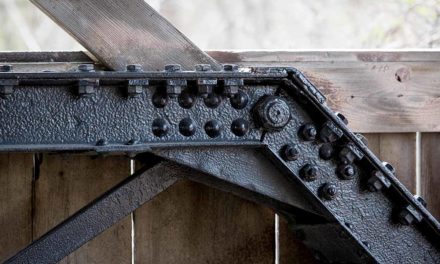 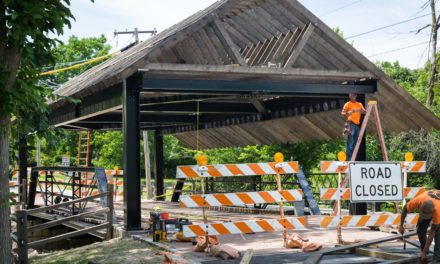